A trip to the Fabulous Food Show was the perfect excuse to spend the rest of the weekend exploring Cleveland. Our last visit following in the steps of Anthony Bourdain was a lot of fun, but only scratched the surface so I was excited to see and taste more. We were lucky with both trips: sunny weather, good friends and lots of great food. Cleveland is a wonderful destination for food lovers with lots of Slow Food friendly restaurants, a wealth of ethnic eateries and interesting neighborhoods to explore while you work up an appetite for another meal.

Cleveland is also a good destination for cocktail lovers. The Velvet Tango Room lived up to every superlative I had heard lavished on it, and was so enticing that we could not resist a second visit. The VTR serves classic cocktails in an appropriate setting and the menu, which you can’t help poring over, is a lesson in cocktail history. Not a flirtini in sight. The fact that they make their own grenadine, bitters, vermouth and ginger beer is one of the reasons that the cocktails cost $15 a pop (or $10 during happy hour). Many of the cocktails are made with egg whites and the amount of shaking involved also commands a premium. You should see the bartenders biceps! It wasn’t just the cocktails that were at hit. I would gladly go back just for the cheese fondue. I wish there was an equivalent to the VTR in Columbus, but for the sake of my bank account its probably good that there is not. 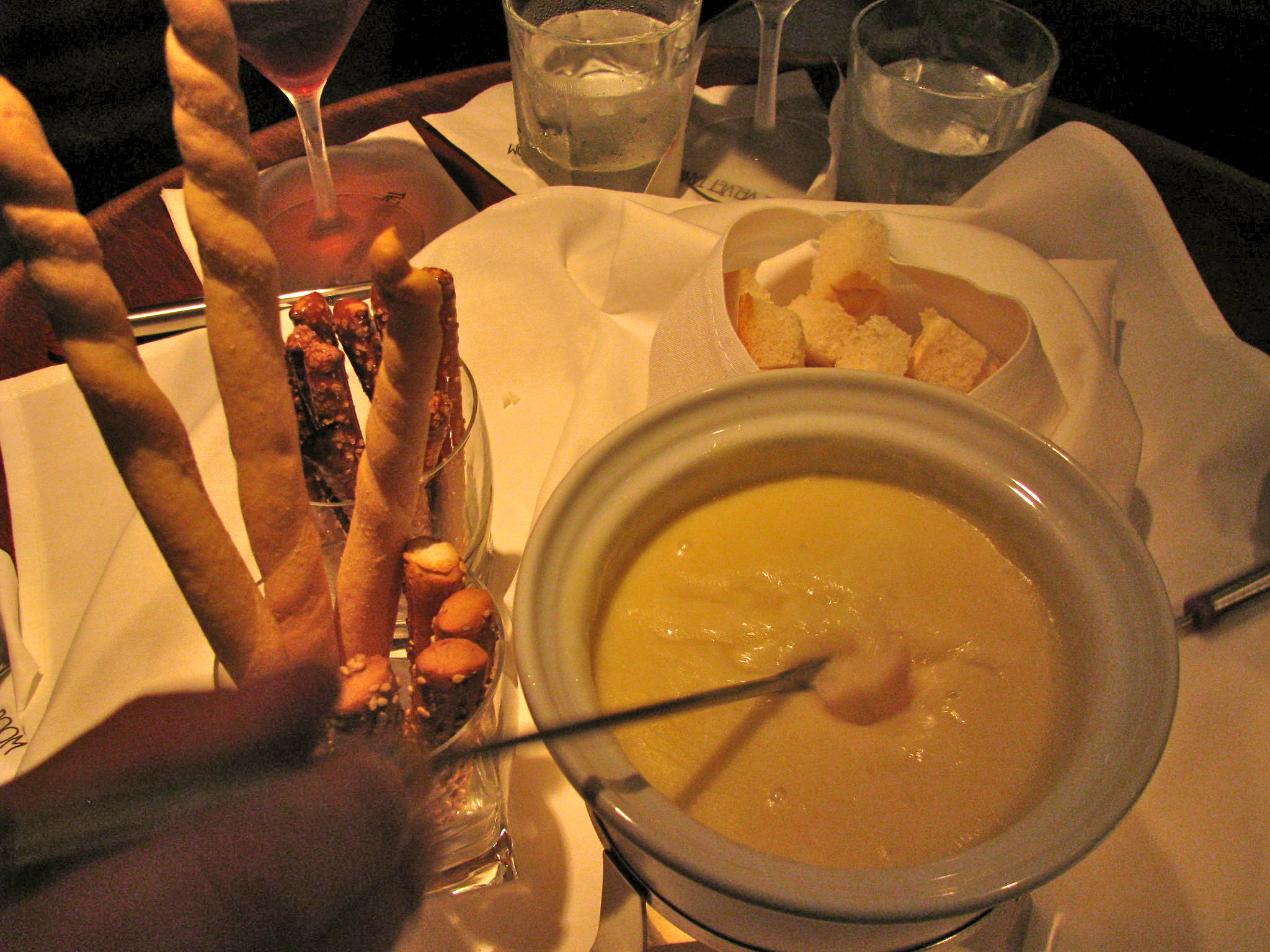 Highlight number two was the bakery On the Rise, which can be found in Cleveland Heights. You can see how sunny it was – hard to believe it was November.

On the Rise has a wide variety of breads and pastries and there was much to tempt us. I chose an almond croissant and it was definitely the best I have had since my trip to France in June. I am sure the pain au chocolat would have been equally good, but you have to get there early to score those.

Croissants weren’t the only baked goods of the day. We stopped at Presti’s bakery in Little Italy for an afternoon snack. I had a buttery buccalati with chocolate, almond and candied peel filling. I also bought some of their homemade panettone to bring home. I was assured that it would keep until Christmas but I have no illusion that it will last that long.

I mentioned Slow Food friendly restaurants and Cleveland seems to have more than its fair share including The Greenhouse Tavern, Luckys, Fire Food & Drink and the Flying Fig.  The Greenhouse Tavern is actively involved in their local Slow Food convivium and will be hosting a special dinner in honor of Terra Madre Day on December 10th. We had a wonderful meal there which included steamed clams with foie gras and a contender for the best chicken wings ever: Crispy chicken wings with roasted jalapeño, scallions and garlic, first confited and then deep fried. Many of the foods including the fantastic frites were cooked in a combination of duck fat and suet – a victory for flavor over calorie concerns. A four course chefs tasting menu is $37 which is extremely good value for the quality of ingredients, execution and portion sizes. 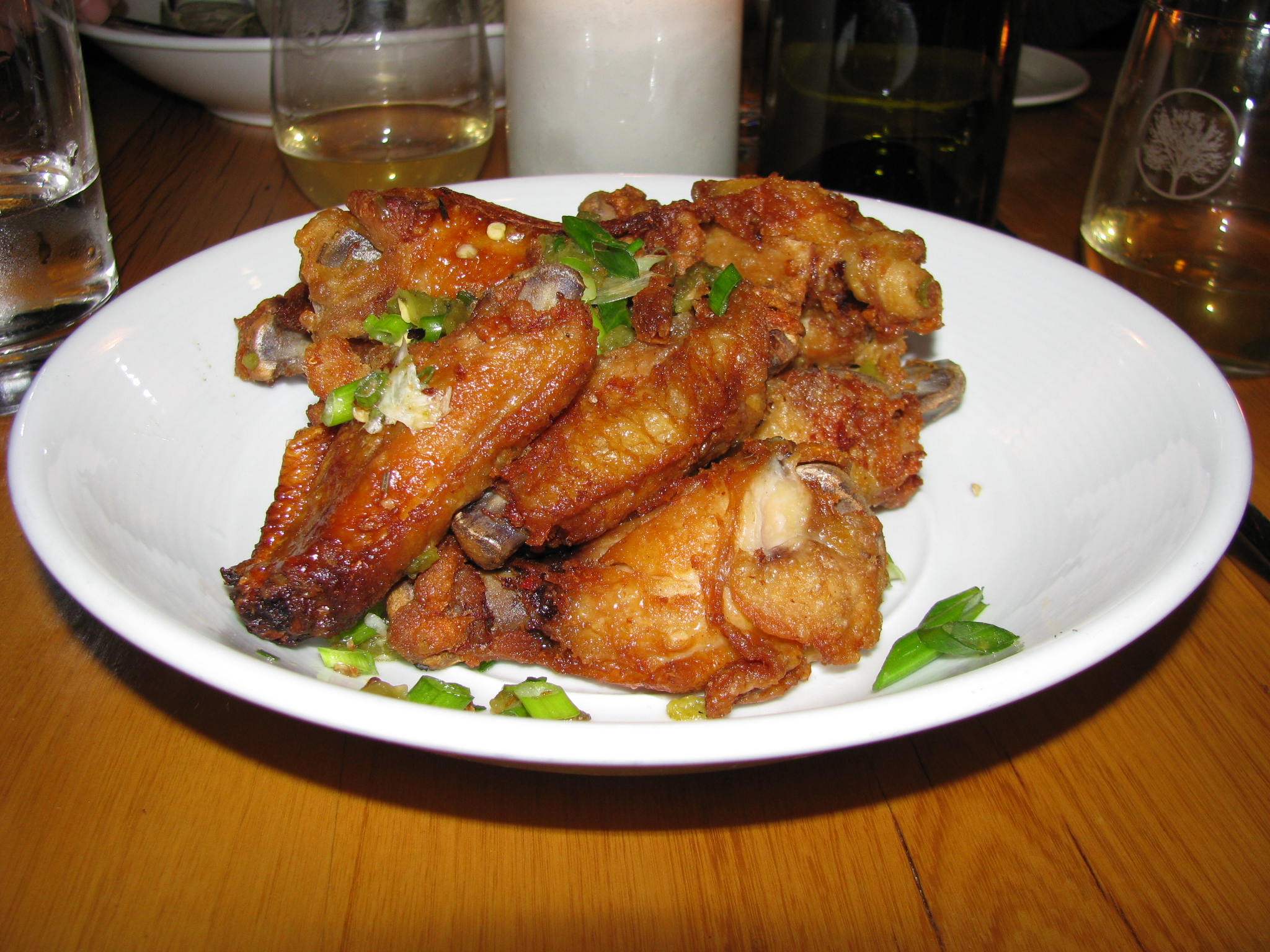 The Greenhouse Tavern also won a place in my heart with their food lovers loo. The restroom came equipped with shelves of food magazines and cookbooks. I’m not sure how wise it is to encourage people to spend any longer than strictly necessary in there but I admired the choice of reading matter. 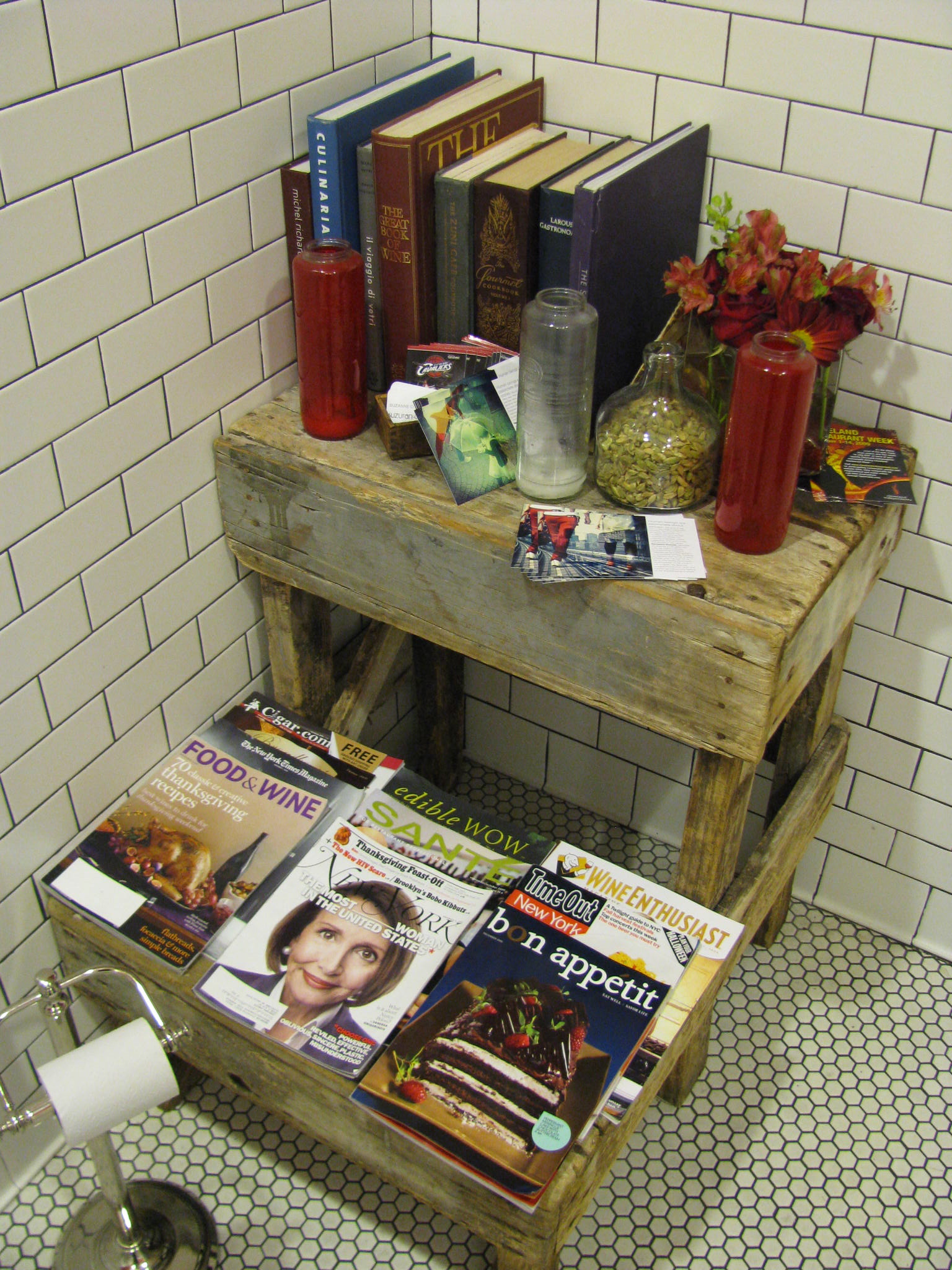 I don’t think a trip to Cleveland would be complete with out picking up some treats at the West Side Market. This time we headed to Dohar Meats for some of their homemade sausage and bacon. Leaving it in the car is not advisable unless you want to dream about being stuck inside a sausage but it is very tasty. 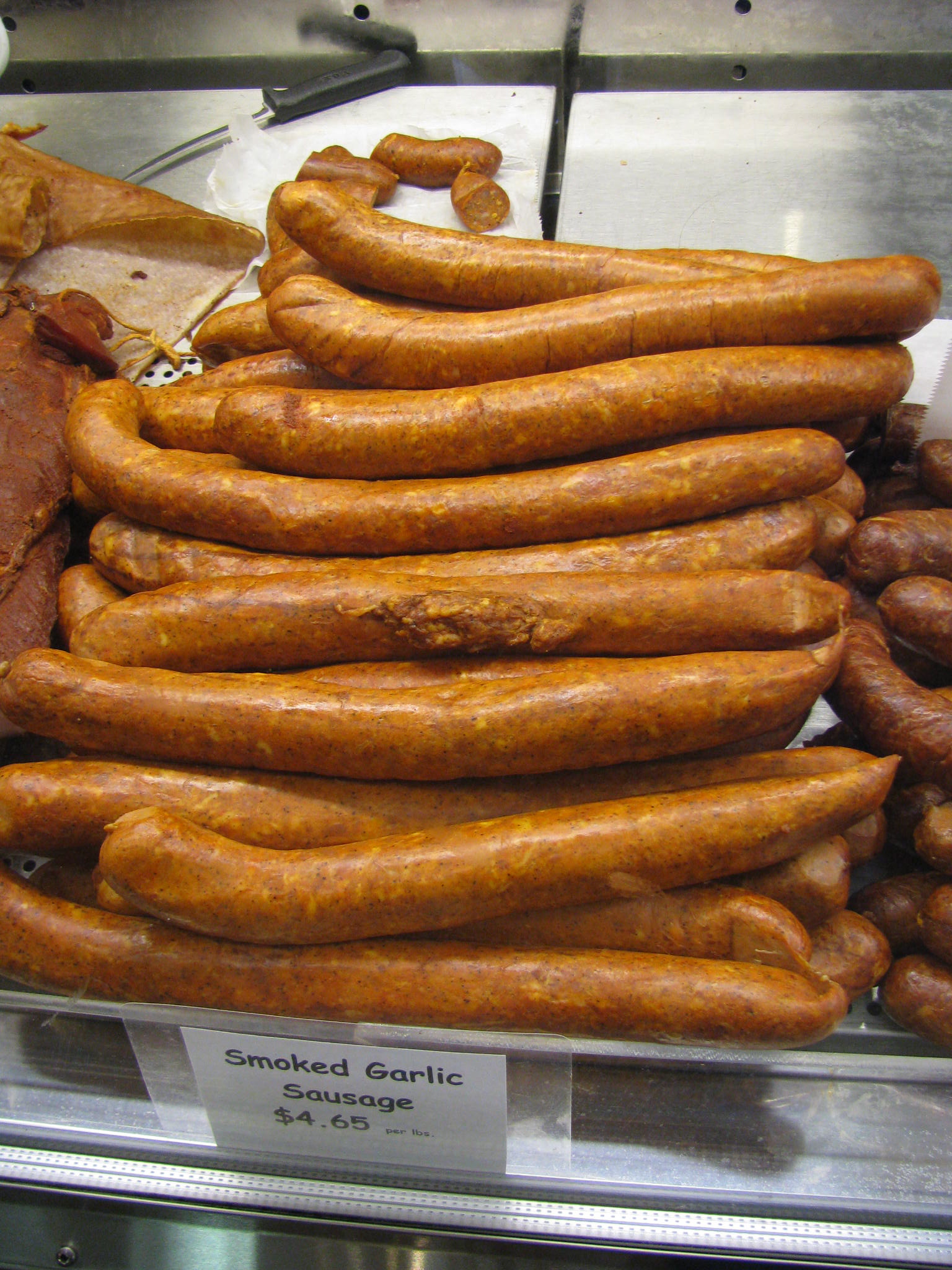 It seemed that we saw and ate a lot – but I am still left feeling that Cleveland has a lot more to offer. Luckys and Lolita are high on my Cleveland wish list and I want to try Fire: Food and Wine for dinner (I just had a salad on this trip). I also purchased a copy of Cleveland Ethnic Eats which I look forward to using. You can probably tell that I am already plotting trip number 3. More photos on Flickr