Poong Mei Asian Bistro is the restaurant also/ formerly known as Spring of China. The owners realized that the name was misleading as their offerings span Chinese, Korean and Japanese but the transition to a new name seems to be very gradual. We were told that Poong Mei means successful in Chinese, tasty in Korean and beautiful in Japanese and the owners thought that all of these were auspicious for their business.

The menu is divided into Chinese/ Western, Chinese, Korean/Japanese and Korean and there are some interesting selections in each. Our interest had been piqued by a rumor that they made their own noodles in house, which indeed they do and there is a whole page devoted to them. They also make their own dumplings.

The restaurant has a little more of a Korean feel than Chinese, especially when we were presented with dishes of kim chi and  pickles.

The dumplings are available steamed and boiled and on the advice of our server we opted for the steamed. The dumplings were large, and the dough on the thicker side, but both the filling and the dough were obviously freshly made. The filling was pork with vegetables fragrant with ginger and with flecks of scallion. My understanding from the menu is that the boiled dumplings have a thinner skin and there are 15 in the serving. 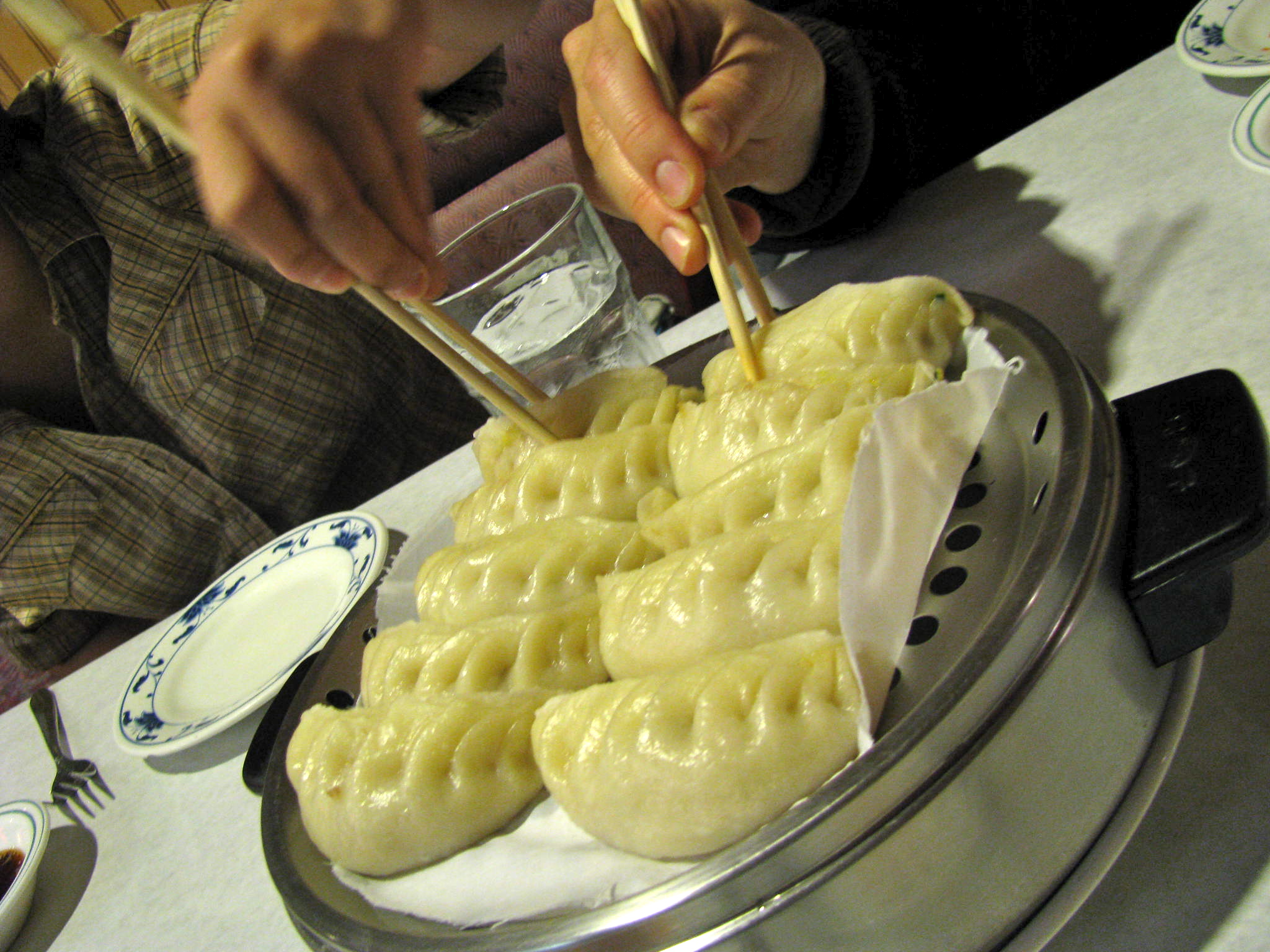 The same filling is used for the pork buns. As you can see the portion size for both is very generous and certainly good for sharing. 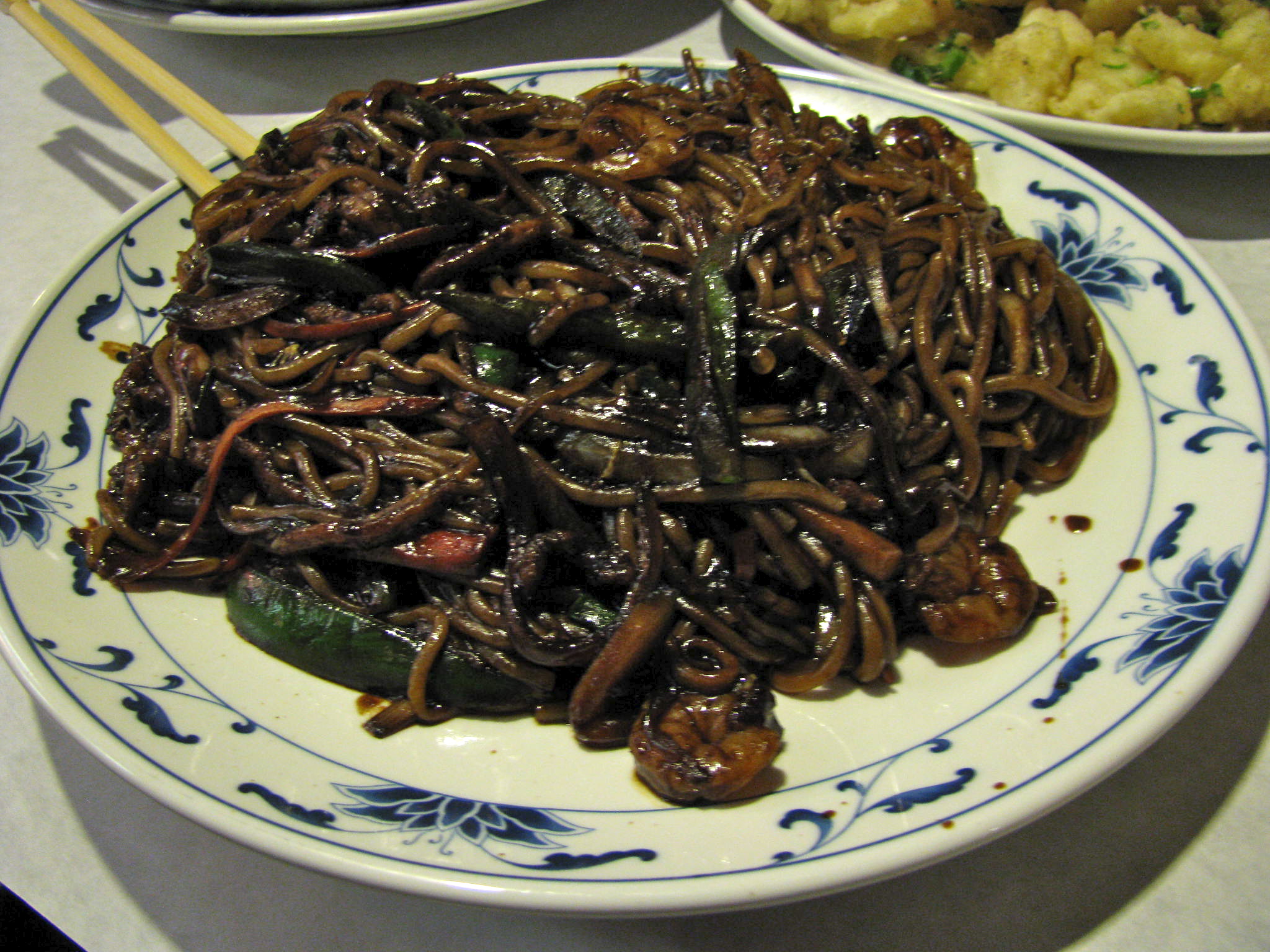 Salt and pepper crispy squid is one of our favorite dishes at Yau’s and we decided to order it for the sake of comparison (and because we can’t resist crispy squid). They were more battered and crunchy than Yau’s and were certainly moreish (an English term meaning something is addictive – you want more).

The last dish we tried were the crispy tofu balls with bok choi and ginger and garlic sauce. The tofu balls (which contained shrimp as well) were really good and a pleasant variation on the usual tofu preparations. While the outside was crispy the inside was deceptively light and moist. Perhaps a dish that could win over tofu skeptics.

Poong Mei has enough range in its menu to please both fans of American Chinese food and more intrepid diners with everything from sweet and sour chicken to boiled pork feet, sea cucumber and jelly fish.

Poong Mei is at 4720 Reed Road, near Reed and Henderson.