Following the success of our Cleveland road trip, we decided that it was time for a food filled excursion to Cincinnati. This time we weren’t following in the footsteps of Anthony Bourdain, but we did have some great suggestions via comments on the Cleveland post. Thanks to the readers who were so forthcoming with ideas. 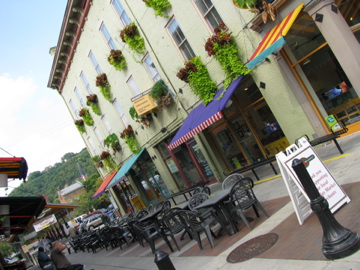 For those of you who know me, and or Cincinnati, it is probably no surprise that I wanted to check out Findlay Market, Ohio’s oldest continuously operated market. Findlay Market is in the Over-the-Rhine neighborhood and encompasses the market building and the surrounding colorful storefronts. The market is smaller than the North Market but has more raw ingredients and less take-out meals, with less of the food court feel of the North Market. I was on the search for Goetta and with the number of competing butchers it was easy to find.

Goetta is a Cincinnati specialty, similar to scrapple but made with oats instead of cornmeal. It has a coarser, more grainy texture than scrapple and (in my opinion) less seasoning. Continuing on the meat theme we also stopped at Kroeger and Sons who stock more than 30 types of sausage including sausages made from duck, bison and even camel. There are a number of delicatessens and we found some interesting cheeses, meats and some great pretzel buns from Servatis.

We couldn’t resist the enticing gelato from Dojo Gelato. They had a number of interesting flavors including (tastes just like it sounds) malted milk and a cinnamon scented churro, that was the favorite in our group.

Another highlight in the market was Colonel de Ray’s Herbs & Spice and Everything nice. The staff were extremely helpful letting us taste and smell all sorts of salts, sugars and spices, telling us about their provenance and talking about what each one can be used for. Luckily for us it was a fairly quiet afternoon and they had more time to chat and we took full advantage of the opportunity to linger. I came home with a couple of treats: bourbon barrel smoked sea salt and truffle salt (which is A-M-A-Z-I-N-G on popcorn). 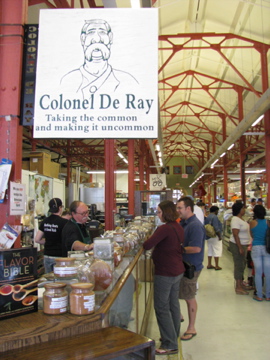 Next stop was Terry’s Turf Club, proclaimed by the Restaurant Widow to be the best burger in Ohio. Terry’s is a little off the beaten track, out on Eastern Avenue but definitely worth the drive. 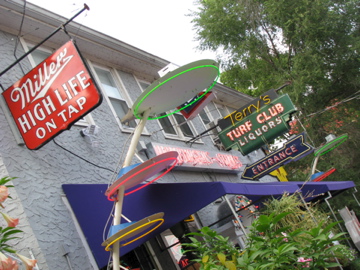 I loved the Americana decor, with the vintage signs and coolers, the peanut shells on the floor and the obvious pride in the food. It’s quirky but it feels authentic – it’s what TGI Friday’s aspire to. 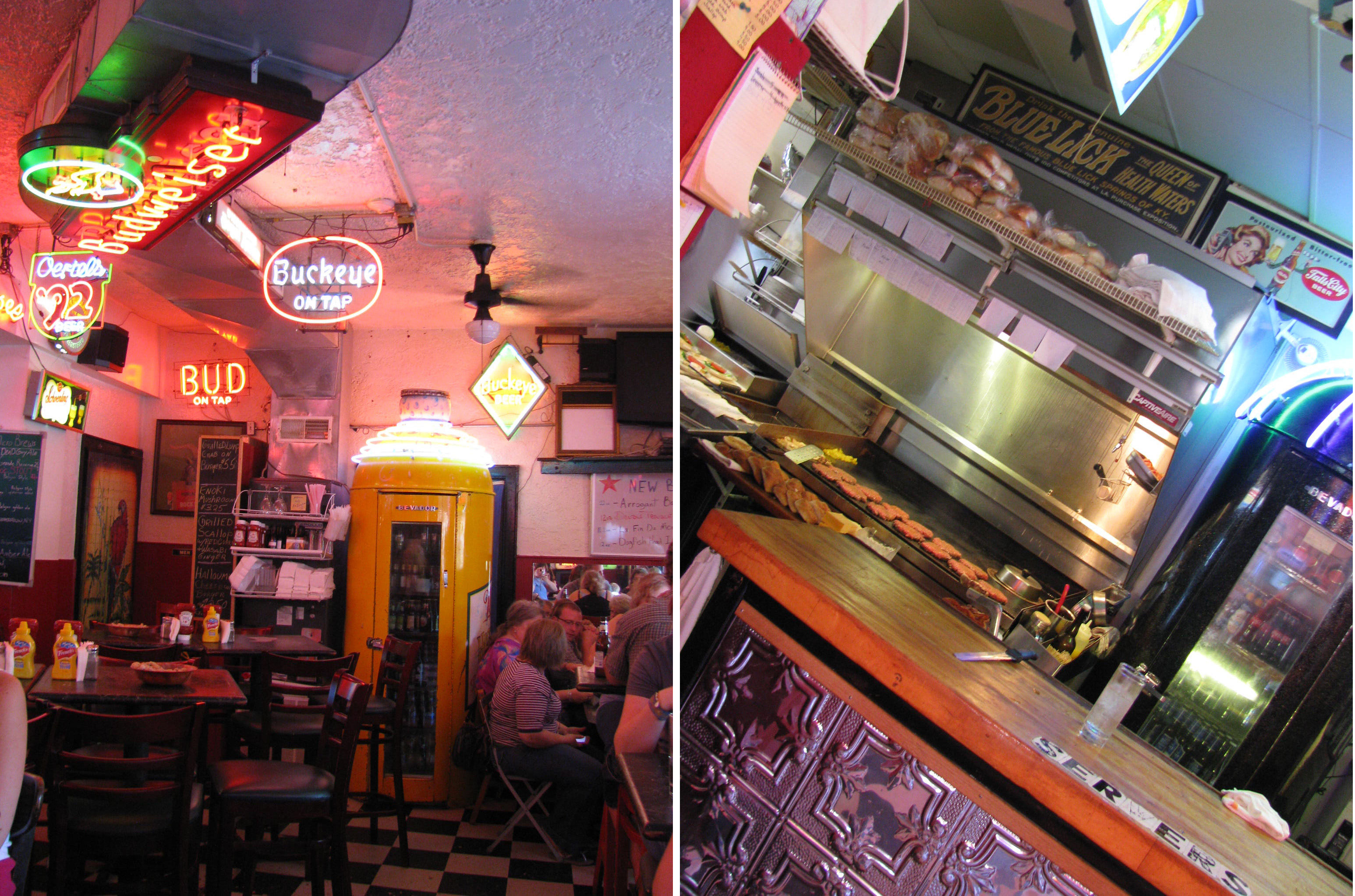 So, on to the burger. I can’t claim to have eaten nearly enough burgers to be able to judge whether this was the best burger in Ohio, but I can tell you that it was really good. Cooked to order with all manner of interesting options, it was juicy, meaty and had a bun that was up to the job. The bun was soft yet sturdy and despite all that juicy goodness it never got soggy. The bun was from Shadeau Breads somewhere to check out on my next trip to Cinci. Actually I think a full day’s bakery tour might be necessary with Servatis, Bonbonerie, Bonomini and Shadeau all on the agenda.

Have you ever been to a burger joint that serves foie gras or jamon Iberico de Bellota? Or that offers halloumi and lump crab as a cheeseburger topppings? Also worth mentioning was the beer, cocktail and whisky selections. Terry’s has something for everyone, from fast food addicts to food snobs.

The burgers are substantial and left us feeling satisfied but stuffed. It was time for a walk and we headed to Mt. Adams to admire the view. Mt Adams is a quaint neighborhood with narrow hilly streets and panoramic views, that almost fools you into thinking you are in San Francisco. You can see over the river into Kentucky, and sad to say that was all the temptation we needed to make our next stop The Party Source.

For those of us living in Ohio with its prohibition-esque liquor laws, The Party Source is the Bali Ha’i of liquor, calling us over the border to purchase from its fantastic range of beer, wine and spirits, including many that are unavailable on the ridiculously restrictive Ohio approved liquor list. Unsurprisingly, being in Kentucky, it has a great selection of bourbon and rye and it is also has an impressive range of single malt scotches. I will admit to spending most of my time in that aisle.

Our final destination was Jungle Jim’s International Market. Jungle Jim’s is a grocery store, but it is unlike any other grocery store – and it is legendary. It is somewhere I have been hearing about since I moved to Ohio.

It is hard to describe Jungle Jim’s. You can start with statistics:

and go on and on… It may be the only grocery store that offers tours – or food safaris. It also offers cooking classes and has a theatre that shows a movie about the store.  It has award winning restrooms, a monorail and countless attractions that would be more at home in an amusement park. These include animated figures, full size trucks, cars, boats and animals. It is vast, mind boggling and insane, along the lines of Willy Wonka’s chocolate factory.

Jungle Jim’s have a large selection of English foods and one of my purchases was a large bottle of Ribena. I resisted buying too much more but there is temptation galore. You aren’t allowed to take photos inside the store, so you will have to imagine all of this craziness for yourself…. or go there and check it out. 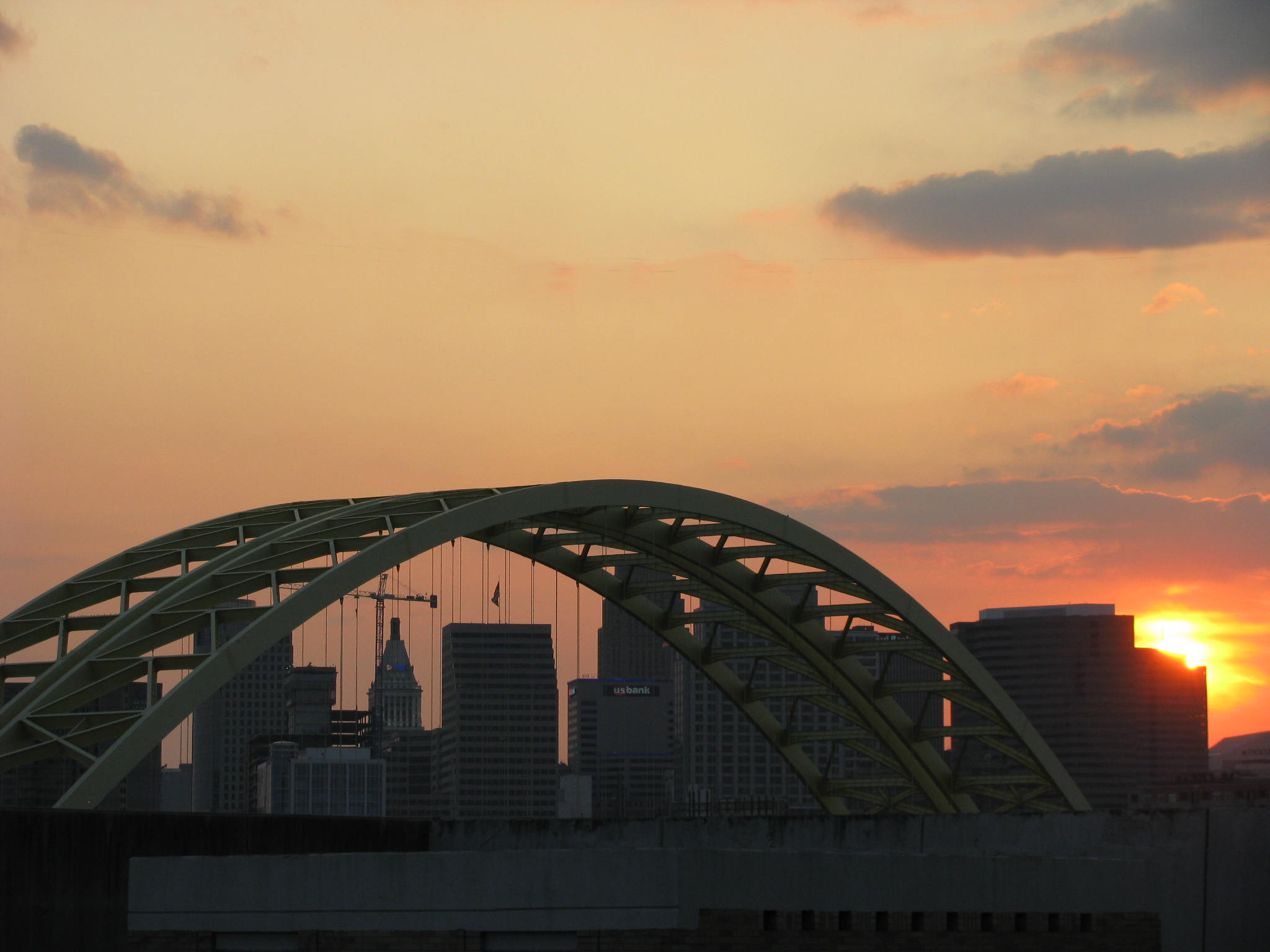 It was a fun day, and just like our trip to Cleveland it whetted my appetite to go back and explore more of Cincinnati, try some chili and fit in a trip to the American Sign Museum. If you have other food recommendations for Cincinnati, or for other day trips in Ohio, please let me know. I hear that Tony Packo’s in Toledo is somewhere I should experience at least once.