I had so many food recommendations for Chicago, I could have eaten non-stop for several months. Unfortunately, my visit was only two days and therefore merely served to whet my appetite. This was my first visit to Chicago and so, of course, I had to start with some of the basics: deep dish pizza and a Chicago style hot dog.

We took two food tours. The first run by Chicago Food Planet, was a tour of the Bucktown and Wicker Park neighborhoods and we visited six shops and restaurants, sampling food at each stop as well as walking around the neighborhoods learning about the history and architecture. 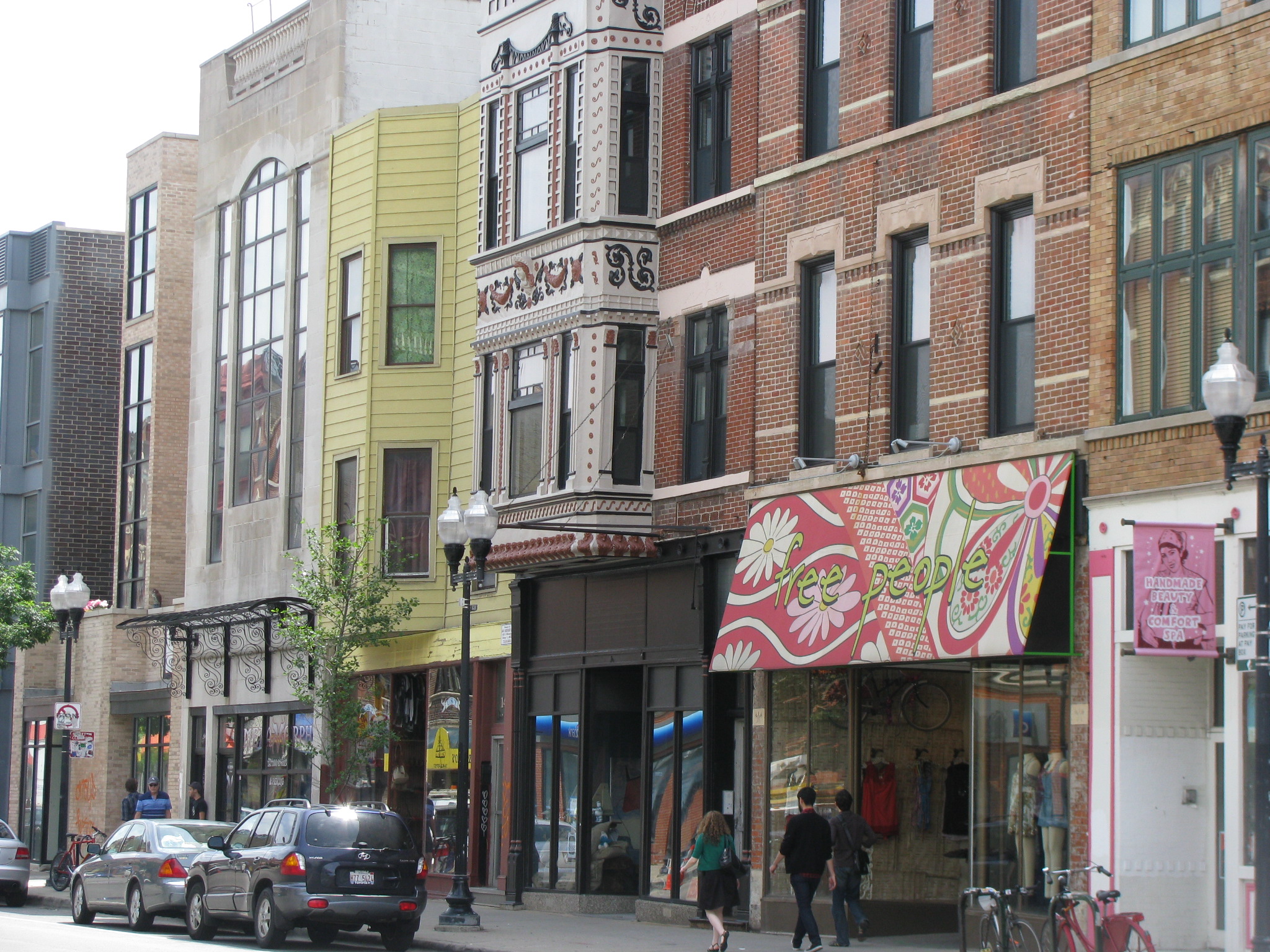 We started the tour at George’s hot dogs, a neighborhood and Chicago favorite for over 60 years, learning about the history and characteristics of a Chicago style hot dog. The second stop, and one of my favorites was at Hot Chocolate for cold hot chocolate (aka chocolate milk) with a house-made marshmallow. The owner Mindy Segal has received many accolades and has been nominated for the James Beard award for outstanding pastry chef four times. It was quite easily the best chocolate milk I have had. 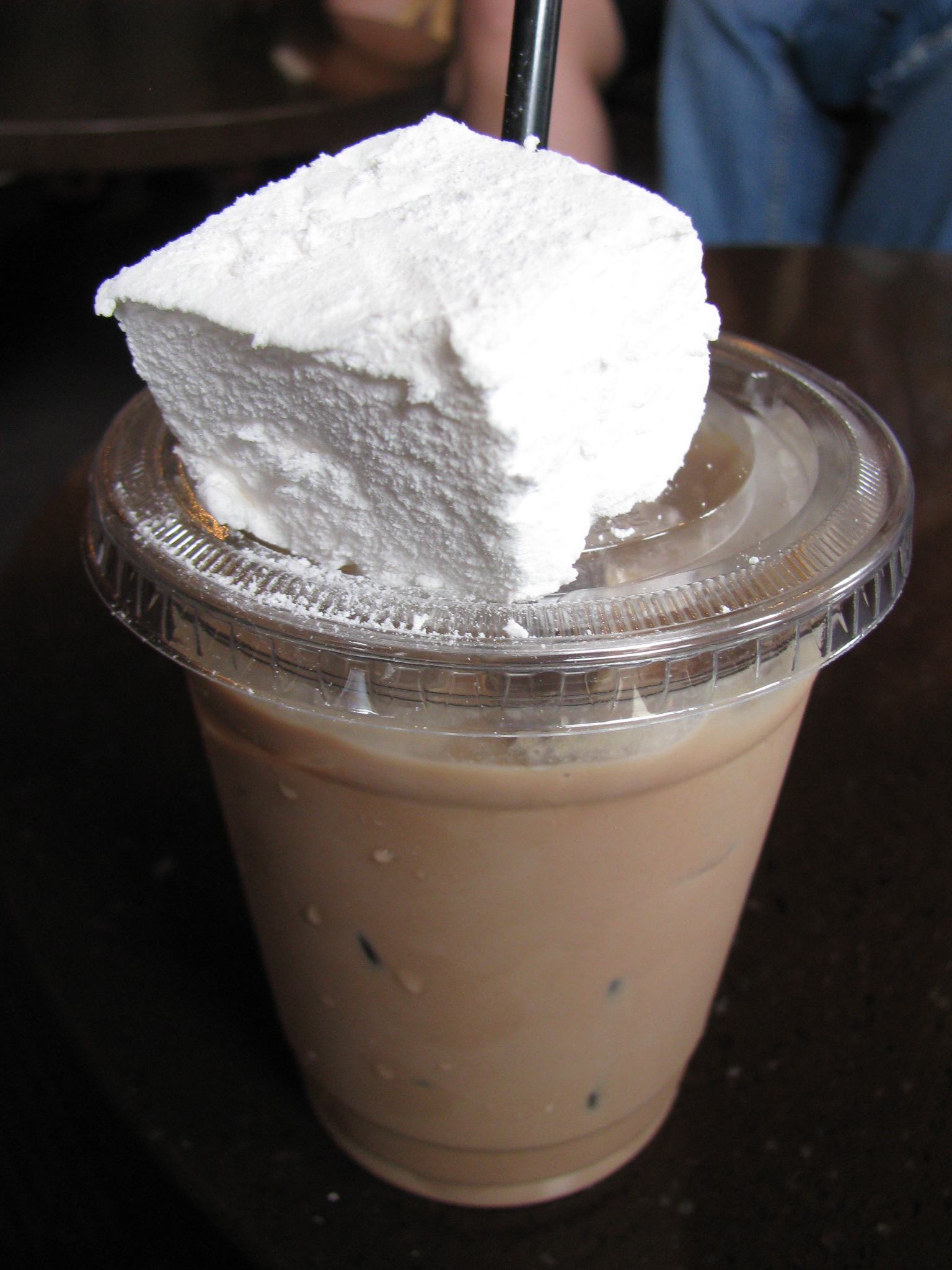 We visited a pizzeria/ brew-pub called Piece (cleverly named, well crafted beers), The Goddess and Grocer deli (lots of local products – and Jeni’s) and Sultan’s Market (average falafel). The last stop on the tour was probably the coolest (pun intended) – I cream.

I Cream is a science-fiction-esque ice cream shop where your ice cream is made almost instantaneously before your eyes using a cloud of liquid nitrogen. It takes longer for you to choose from the array of options (base, flavors, mix-ins) than it does for the ice cream to freeze. There are well over 100,000 possible flavor combinations (this is where a guide comes in useful). I had seen i cream on Chefs vs the City on the Food Network, but it was fun to see it in person. My favorite flavor surprised me: cream soda and white chocolate with nutella, a flavor officially known as ‘that guy from Florida’.

Day two was another tour, this time downtown with the focus on learning about the history of Chicago pizza and run by  Slice of Chicago Pizza Tours. Our guide Mark, was a wealth of knowledge on all things pizza, but particularly about the colorful history of Chicago deep dish. We started, appropriately, at Pizzeria Uno.

We tasted two different deep dish pizzas, explored the neighborhood and then finished the tour at Giordano’s where we sampled a stuffed crust pizza. This last pizza, oozing with cheese turned out to be my favorite of the three.

We stayed in Oak Park, at a lovely Bed and Breakfast, right around the corner from the Frank Lloyd Wright house and studio. It meant that we didn’t have to worry about parking downtown, could ride the green or blue lines in and out of downtown and also got to explore the neighborhood, which is full of historic houses. We ended up eating dinner in Oak Park both evenings, the first at a modern sushi bar called Sen and the second at a Mexican restaurant called the New Rebozo.

New Rebozo was an experience. Chef Paco greets every table and explains the days specials, with plenty of  the ‘OMGs’ for which he is notorious as well as descriptions of each dish as the perfect combination of ‘sweet, salty, crunchy, spicy’. Above is the colorful and excellent tortilla soup, which I washed down with a paloma cocktail (gold agave tequilla, lime juice and squirt). Move over Margarita! Chef Paco makes 14 different moles from scratch and each week offers a choice of 6. The fiesta mole is 6 enchiladas, each with a different mole sauce. It was a fantastic dish and each mole was my favorite, until I tasted the next one.

The trip, brief as it was, gave me a taste of Chicago and made me impatient to return. But, it also gave me a renewed appreciation of Columbus and the diversity that we pack in to our relatively small city. There may not be thousands of hot dog and pizza vendors, but we have some really good ones. We have all sort of ethnic eats – if you know where to look, and while our ice cream may not be made in an instant, it’s definitely hard to beat.