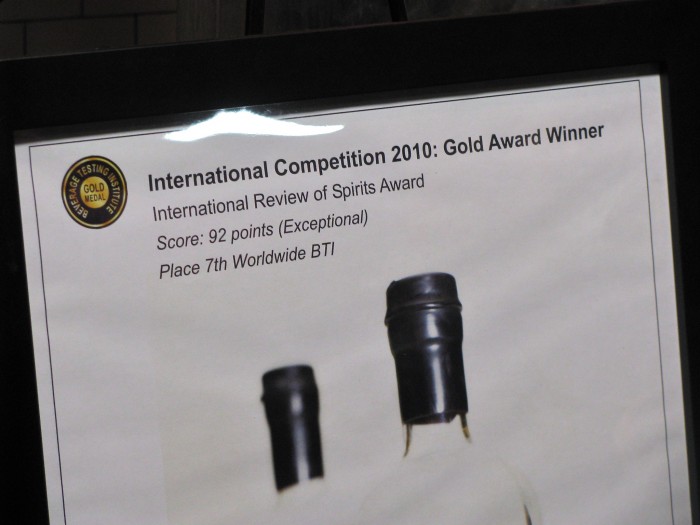 Congratulations to our friends Ryan and Brady at Middle West Spirits. Their OYO vodka just won a gold medal in the Beverage Testing Institute’s 2010 international competition. OYO vodka scored 92 points and placed 7th in the unflavored vodka category out of 128 entrants. This fantastic local product is made at their micro-distillery in the Short North using Ohio soft red winter wheat and I am sure that we will see Middle West winning many other competitions and awards in the future. 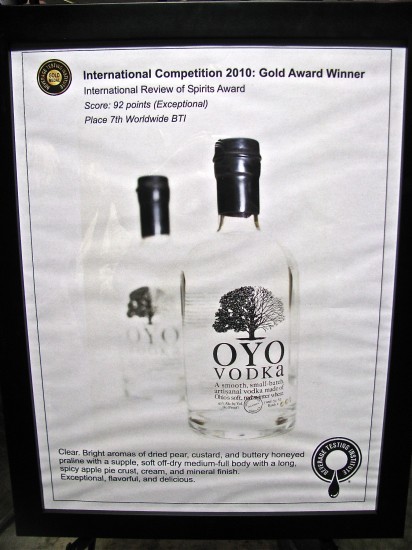 There is plenty of other exciting Middle West Spirits news. Their new honey and vanilla bean infused vodka will be released on December 1st, and first reports are that it is dangerously smooth. Their first aged whiskey is highly anticipated and expected to be released in March 2011. It’s an unusual whiskey being made entirely from wheat rather than corn or rye. 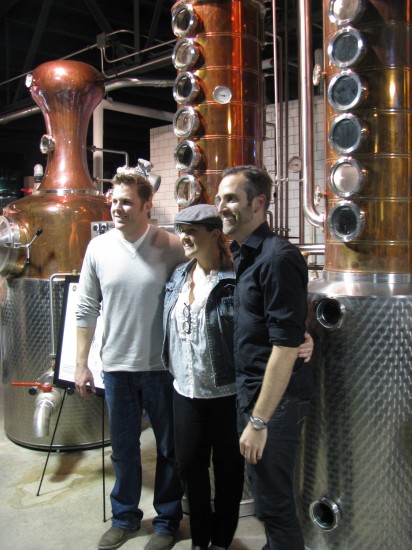 From tomorrow you can sample their vodka in ice cream form thanks to a wonderful collaboration with Jeni’s Ice Creams. Jeni has just launched a new seasonal flavor – Oakvale Gouda with OYO vodka plumped cranberries. This flavor showcases four local businesses – Middle West Spirits, Jeni’s Ice creams, Oakvale Farmstead Cheese and Snowville Creamery and demonstrates Jeni’s passion for using quality local ingredients. You can read more about it on The Metropreneur.

Jeni can pull off the most unusual flavor combinations and this mildly cheesy ice cream is no exception. The flavor reminded me a little of dulce de leche with a hint of caramel sweetness. 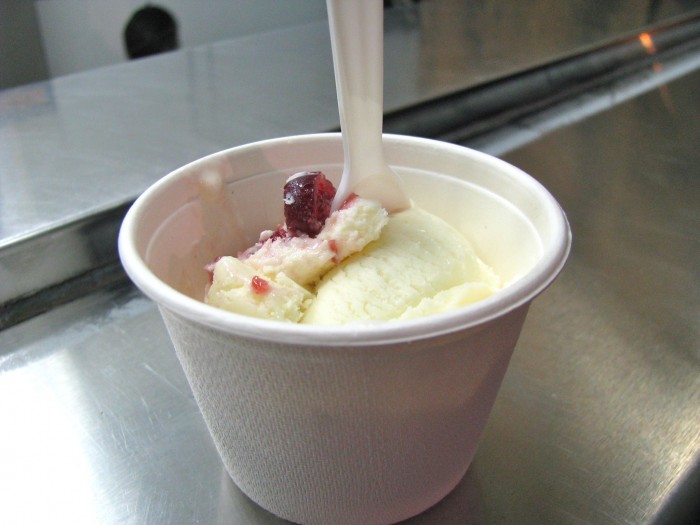 If you missed last night’s flavor launch party, Middle West hosts an open house every Wednesday from 5-7pm. They are also open for gallery hops (the first Saturday of every month). Next week (Thursday 11th) there is also a special Slow Food Columbus Event that includes a tour of the distillery and an OYO cocktail reception that will include special guest Chef John Dornback from Basi Italia.