Off the Menu: Flavors of Thailand at Nida's Thai on High 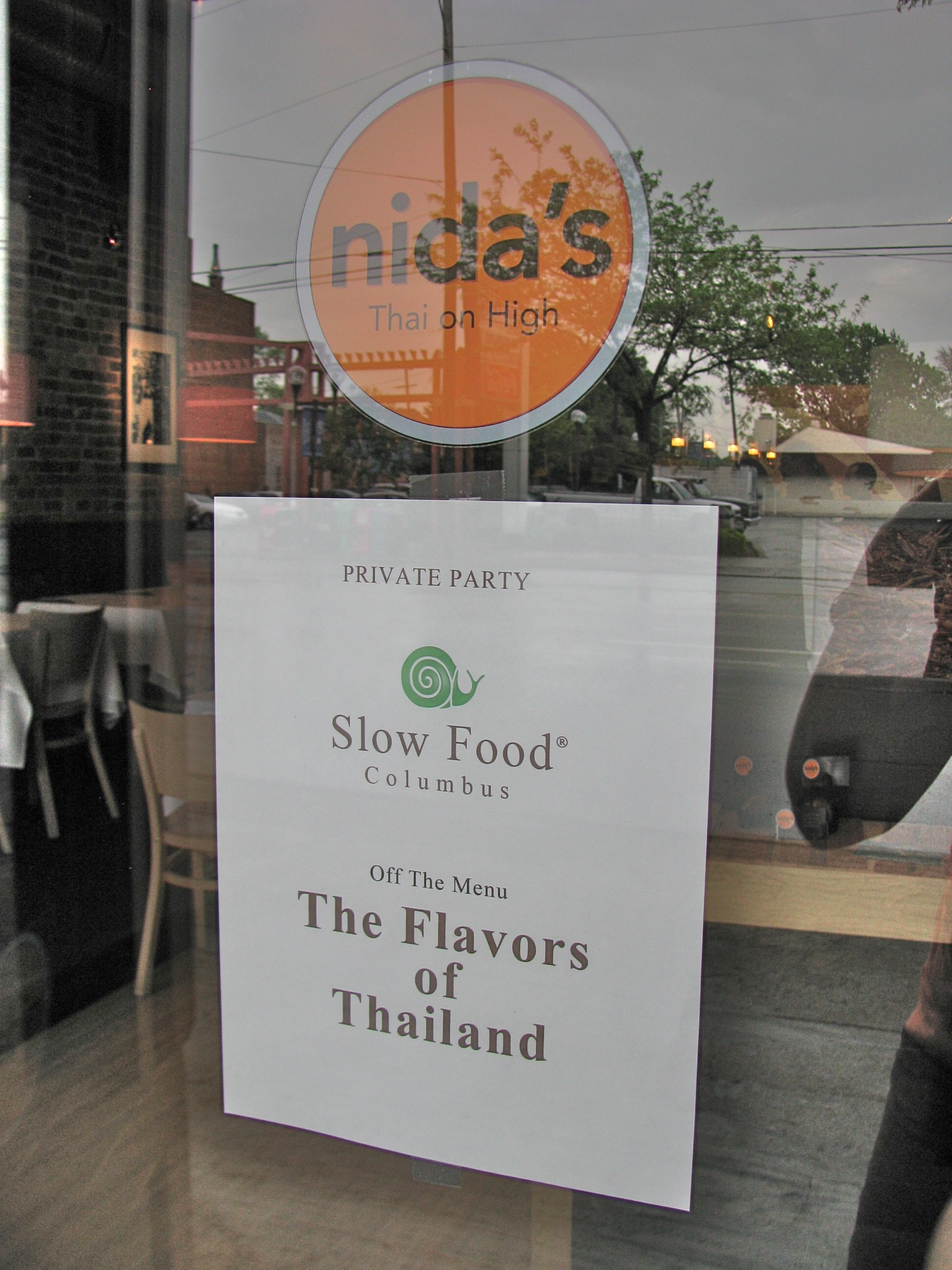 This was the first in what we hope will be a series of dinners featuring unusual dishes and ingredients. Restaurants often shape their menus around the safe choices of what sells well. We hope to give chefs an opportunity to prepare dishes that they would not normally feature, either because they include less popular or unknown ingredients or because their preparation is too involved or impractical for à la carte ordering.

The first of the series Flavors of Thailand was held at Nida’s Thai on High and featured dishes from two regions of Thailand: Isaan and Central Thailand. Many of these were dishes that the chef prepares for herself and the staff.

We were greeted by a choice of two of the new spring cocktail specials, either a cucumber cilantro gin and tonic evocative of spring, or an as-yet-unnamed concoction of Cointreau, brandy and orgeat.  Such creative cocktails are the specialty of bartender extroardinaire, Vivian Loh.

The first course, confusingly named, soup no mai, was in fact not a soup but a spicy (and pungent!) bamboo shoot salad served with sticky rice.  Once you got over the initial funky aroma, it was an impressively well balanced dish, with mint as a refreshing counterpoint. It was very well received. 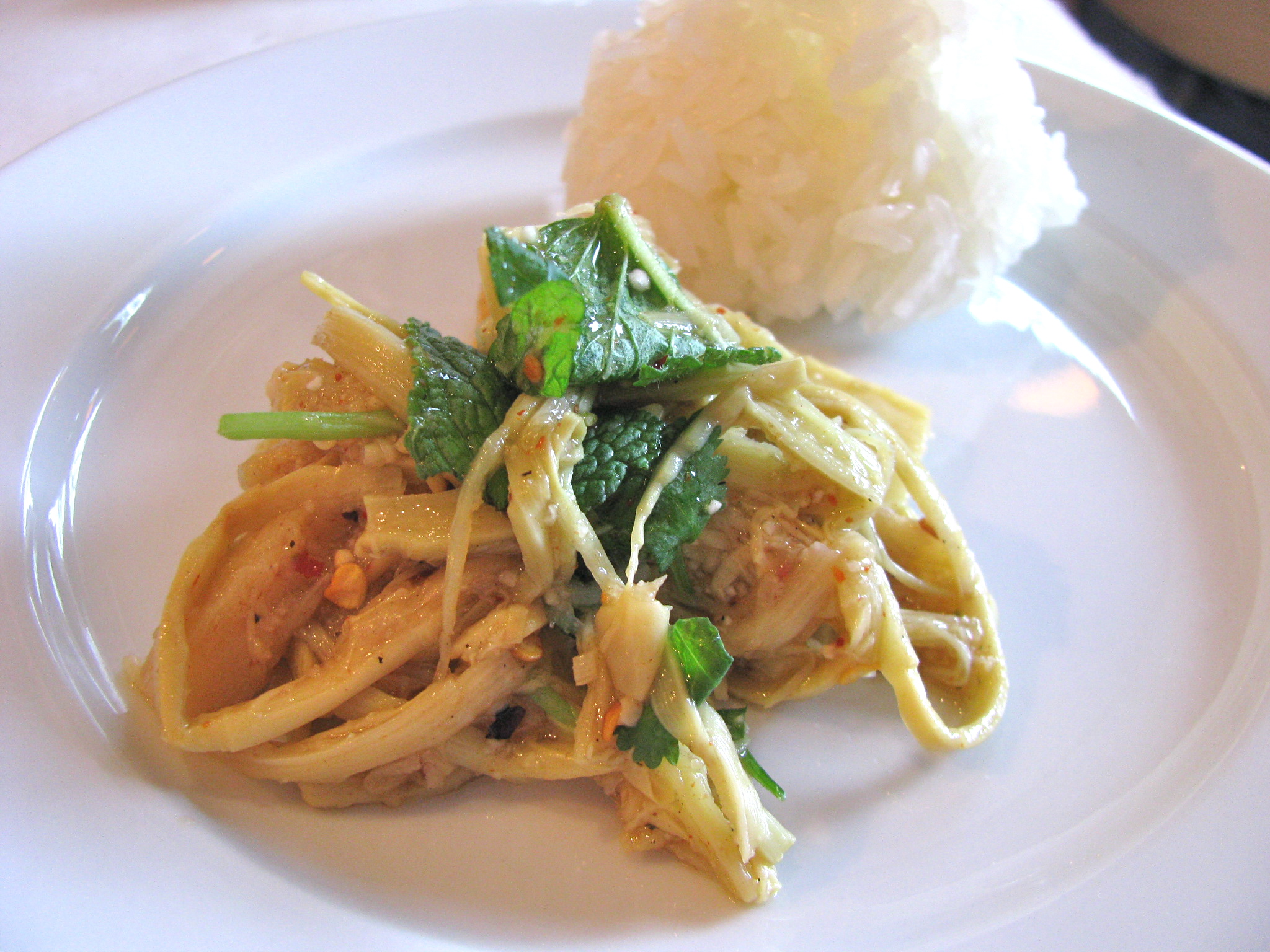 The kor moo yang was unanimously the most popular dish of the evening. It was marinated, grilled pork collar served with a spicy dressing and a side of sticky rice. Tender and extremely flavorful with a little char from the grilling. The staff quietly thanked us for giving them the chance to indulge in this special treat.

More pork – this time in the form of sai grog isaan, sour Isaan style sausage, and namm preserved pork. The sausage made with pork and sticky rice was well seasoned with spices and garlic. The preserved pork was one of the more challenging dishes, packed with very thin strips of skin and quite chewy as a result. It had taken the chef a week to make these sausages for us, with a lot of effort put into sourcing the authentic ingredients. The sai grog isaan was definitely the more popular of the two, although the preserved pork did have its fans.

The end of the Isaan dishes was marked with a palate cleanser of lemongrass juice. Sweet and not citrusy as one might think, it was fun listening to people trying to describe the taste – everything from nutty to floral to Fruit Loops(!) came up. One guest said that it was exactly the same as lemongrass juice they had bought on the street in Thailand.

Expecting the Central Thai dishes to be less spicy we had a bit of a surprise when we tasted the soup. It was easily the most spicy dish of the evening. Tender chunks of tilapia, cauliflower, carrot and green beans floated in a fiery, but delicious broth, that rewarded those that braved the heat.

Next up Gra Praw Moo. I don’t think I have ever seen chicken gizzards on a menu and there really was only one word to describe them – chewy. The slightly liver-y flavor was reminiscent of Thanksgiving gravy. The real reward for all that chewing was tender and tasty ground pork flavored withThai basil and aromatic spices.

The pad woon sen (bean thread noodles with tomato and tofu), was one of the simpler dishes. By this stage we were approaching the dishes warily, but there were no strange animal parts hidden in this one. 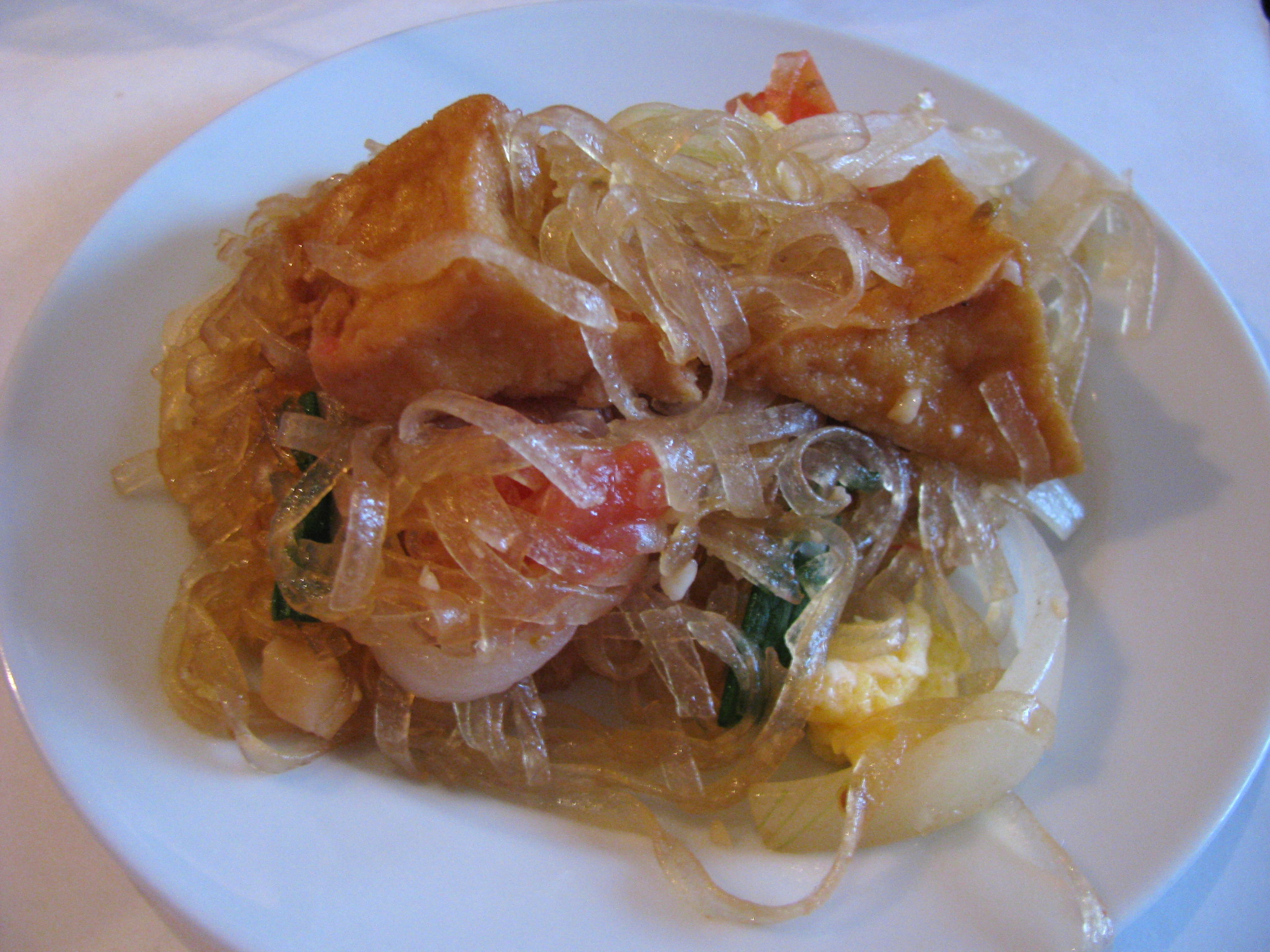 By the time we reached course number seven, waistbands were feeling tight. The kai pa loh was a rich stew, fragrant with chinese 5 spice and soy sauce containing melt in the mouth tofu and pork, hard boiled egg and shitake mushroom. This umami lover’s delight was a wonderful dish.

Dessert was num kang sai, Thai fruit and some red beans with coconut milk on ice. It was a simple, refreshing and popular end to the meal. 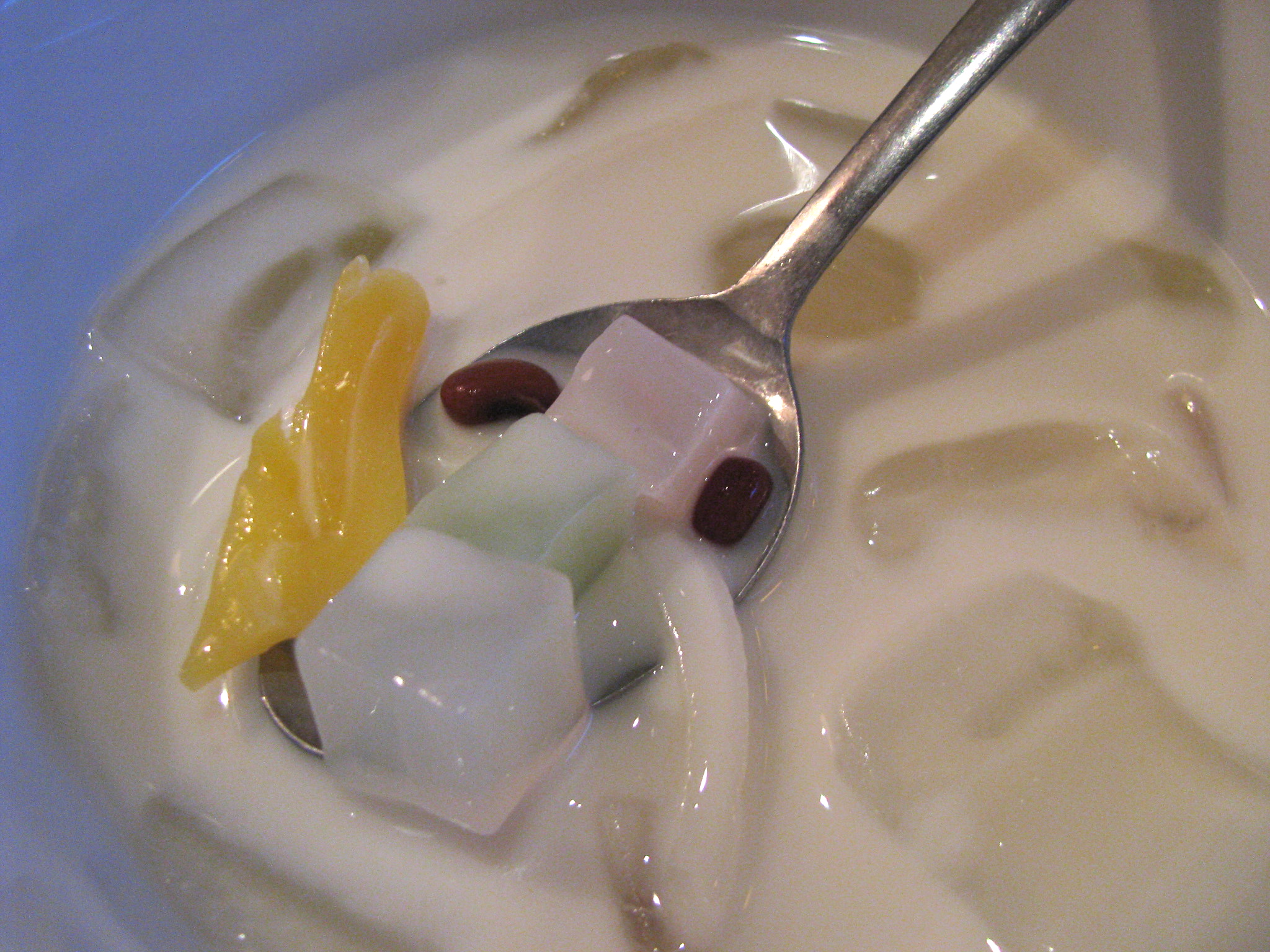 Many thanks to Nida, her chef and staff. We are very grateful to them for hosting this wonderful dinner and sharing these dishes with us. If this is indicative of Off the Menu events to come, we are really looking forward to future dinners.

If you would like to attend future Slow Food events please check the Slow Food Columbus website.

4 Comments to “Off the Menu: Flavors of Thailand at Nida's Thai on High”