The Raw and The Cooked: Ghetto Sous-Vide

A guest post from Bear – because it was cool, and delicious and he was the one that did it.

Cheryl at Bluescreek Farm Meats in the North Market was looking at me as though I’d finally lost my mind.  And I could kind of understand why.  I wasn’t quite sure, myself.

I’d asked her to vacuum seal the steaks I’d just ordered.  She seemed a little surprised and asked whether I was going to freeze them.  “No,” I replied, “I’m going to sous-vide them.”  That’s when she started to look curious… and I knew right away that that curiosity would deepen to concern for my sanity.

Sous-vide (French for “under vacuum”) is a cooking technique that sounds truly strange at first.  It involves, not throwing food in a pan or an oven, but vacuum-sealing it and submerging it in lukewarm water for extended periods of time.  The water is kept at a temperature barely warm enough to cook the food, and the food eventually warms to the temperature of the surrounding water, which cooks it.  In theory, the food comes out perfectly cooked every time.  As strange as it sounds to let warm water cook your food, it’s not that different from boiling—the temperature is just lower.  (That does mean you have to be more careful, though, because anaerobic environments below about 110º are a playground for Clostridium botulinum, which consistently tops Bon Appétit Magazine’s list of 10 least desirable garnishes.)  It’s a technique most often associated with a new cooking trend called molecular gastronomy, but it was actually invented at the end of the 18th century.

The process described here, outlined as “ghetto sous-vide” in David Chang’s Momofuku cookbook, is not particularly complicated.  It involves vacuum sealing steaks, with or without marinade, and then filling a large stockpot with hot tap water.  My water turned out to be about 130º out of the tap (Chang’s target range is 120-125º).  The steaks will cool it down a bit.  Keep an instant-read thermometer in the water and keep an eye on it; a trickle of water should keep the temperature up.  For hanger steaks, he recommends 45 minutes’ immersion; no harm in keeping them in a bit longer, especially if they’re thicker, since they can’t overcook.  I kept these sirloin steaks in for about 1:15.

When finished, pull them out and throw them in an ice bath (Clostridium botulinum never sleeps).  Chill them for about 20 minutes, then throw them in the fridge.  When they’re about ready to be finished, pull them out of the fridge, remove from the bags, pat dry, and let them warm up a bit.  (At this point I couldn’t help but notice that an uncharred, rare to medium-rare steak looks disturbingly… fleshy.)  Coat with some salt and pepper (or whatever), and sear them for 1-2 minutes to a side in a searing hot skillet to get a bit of char on them—the caramelization adds flavor.

What’s the main difference between this and a regular steak?  When you bite into one of these steaks you realize that steaks done in the traditional manner have a distribution of doneness—charred on the outside, well done just under the crust, all the way down to medium rare in the middle (if that).  These are medium rare all the way through.  Our mouths weren’t expecting that uniform consistency.  It was both odd and very good.

I plan to get used to it. 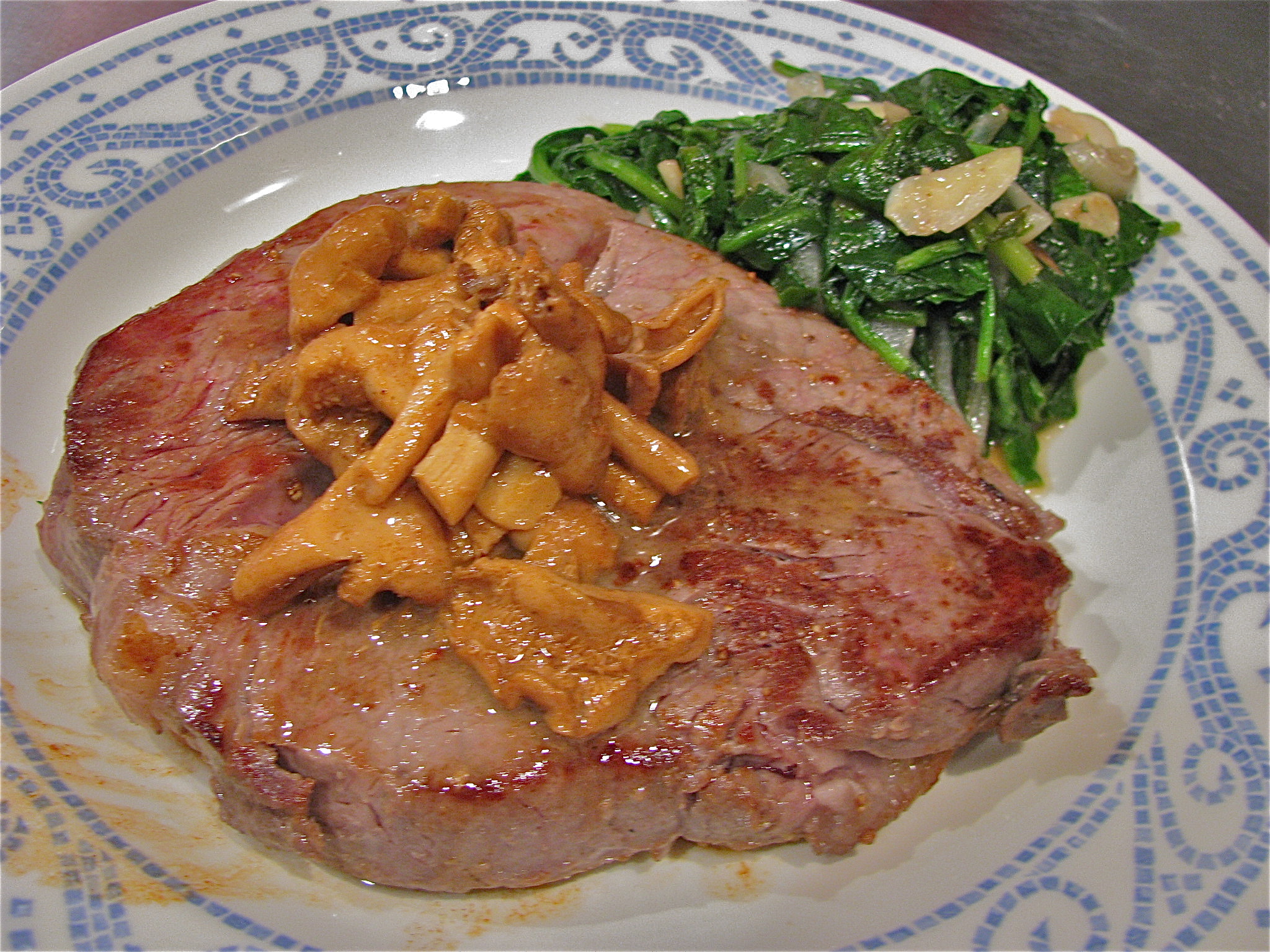 11 Comments to “The Raw and The Cooked: Ghetto Sous-Vide”