Dragonfly was among the most widely acknowledged and awarded restaurant in Columbus. It’s chef, Magdiale Wolmark, was twice a Beard award nominee and inarguably recognized as a true innovator in the preparation of vegan cuisine. It would’ve been easy to assume that a national reputation for haute vegan would stand as Chef Wolmark’s legacy.

And yet, I just polished off one of Chef Wolmark’s tongue, anchovy and vacheron pizzas and had his burger last week.

You see, over a period of a couple of weeks around the new year, the owners of Dragonfly closed its doors, reconfigured both the menu and the dining room, and reopened as Till. So after a decade plus, a lauded vegan chef works with meat.

Till’s revamp doesn’t end at the addition of animal proteins. There are also new bar offerings, including an excellent cocktail list and many ‘first for Columbus’ beverages including unusual beers, wines and non-alcoholic shrubs. Coffee is provided by local micro-roaster Thunderkiss.

In some respects, Till invites you to treat it an upscale watering hole in the evening, or even a coffee shop during the day. It’d work well for either, but to do so would be to miss out on some great food.

The menu is relatively small, but wide-ranging in influences and frequently revised. Two (near) constants are the BD burger and the vegan poutine. The burger, served with a potato croquette and house made pickled vegetables, easily ranks among the top 2 or 3 in town for me. It’s not inexpensive, but it’s oh-so worth it.

The vegan poutine is also impressive, with a deeply savory wine-based gravy that is every bit the equal of more traditional preparations. A seitan fricassee accompanies it atop the fries, as do tofu ‘cheese curds’. Till still accommodates animal-product-free diets, and with this dish you’ll very likely not miss them. 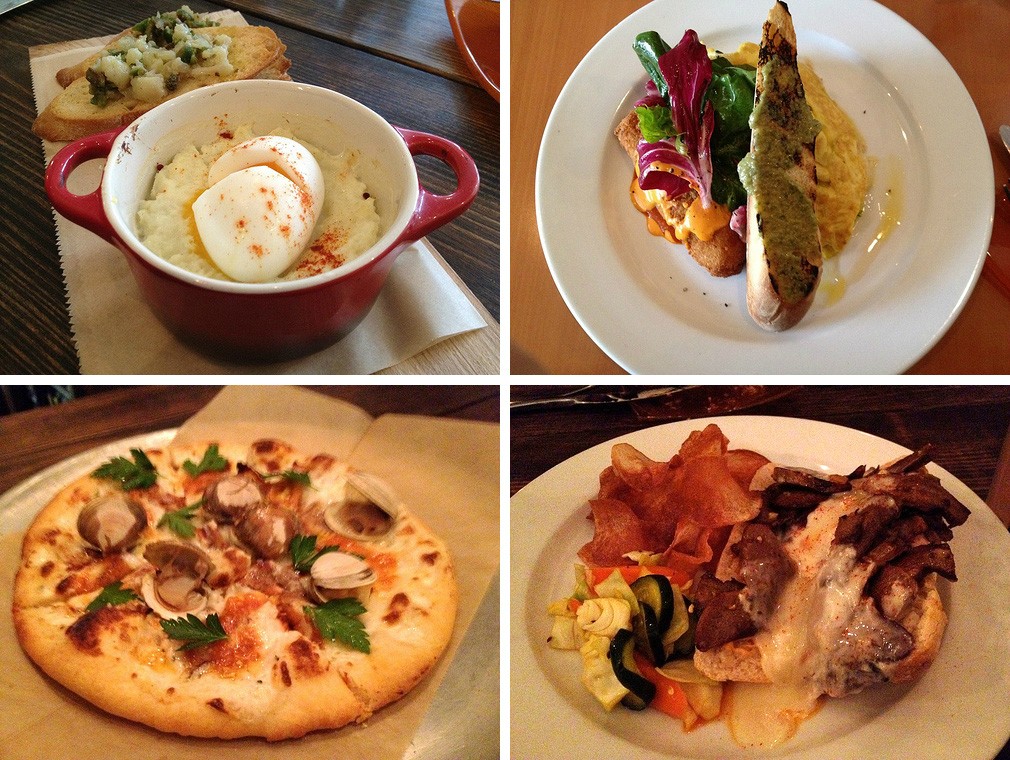 Beyond these, it’s hard to know what to expect to see on offer. With lesser restaurants, this might strike us as problematic, but at Till it’s a virtue, as everything we’ve tried has been at minimum solidly good, more often than not exceptional. It also makes for a near guaranteed opportunity to try something new on every visit, and is indicative of the restaurant’s emphasis on using seasonally fresh ingredients. Seasonally fresh, and biodynamic. The specifics of biodynamic food are somewhat arcane (if interested, you can read more about it here), but the effect is that the raw ingredient sourcing is by and large absolutely top notch, and shall include produce plucked fresh from the garden behind the restaurant.

Clearly, we’re enthusiastic about Till and strongly encourage you to visit.