One Year of Adventures: Thoughts on our first year of tours 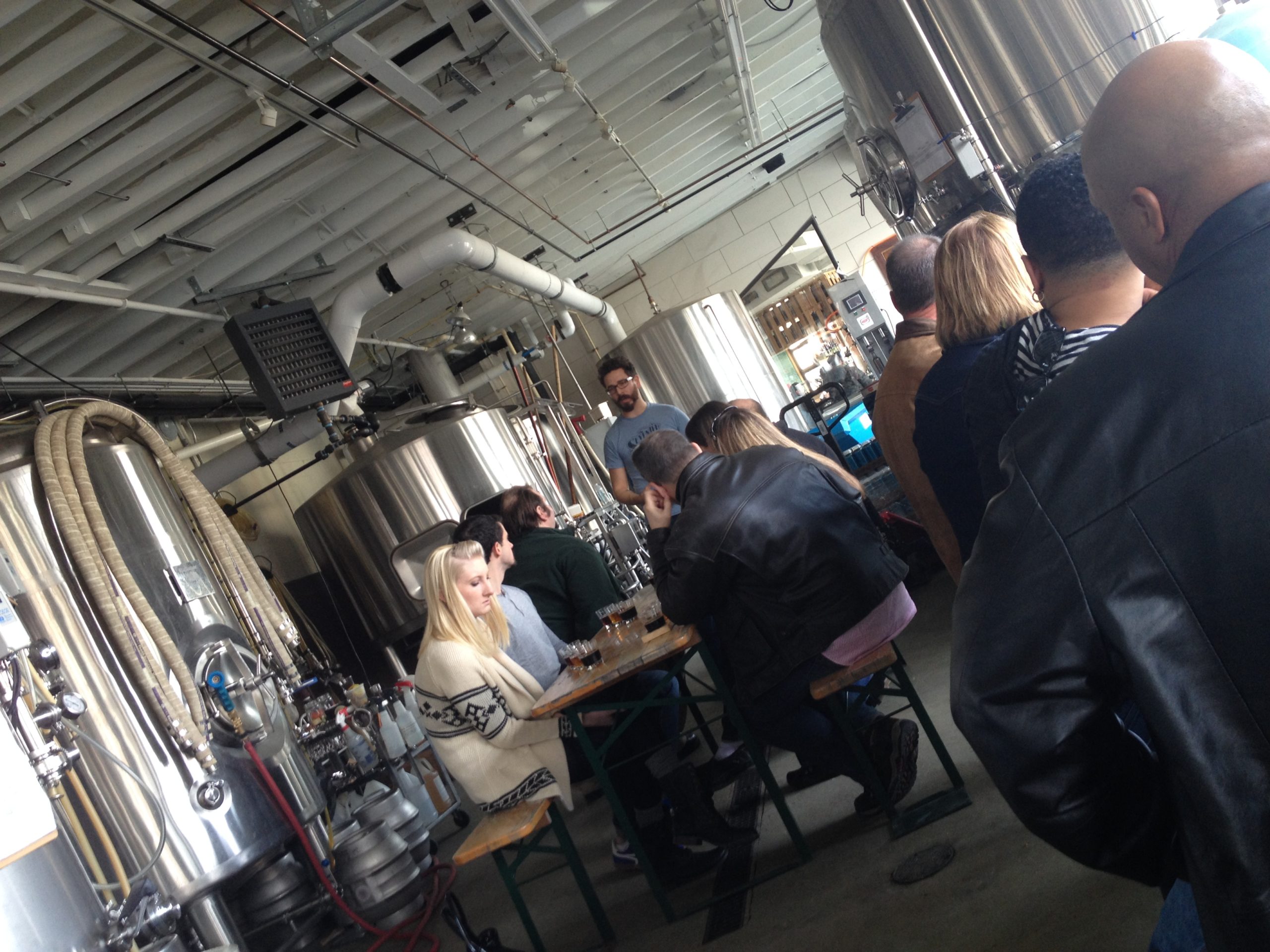 Columbus Brew Adventures offered our first tour to the public on September 7th 2013. You can see scenes from that tour in this -> video by the very talented Mike Beaumont from Spacejunk Media. We have sold out the downtown tour almost every Saturday since then. It was exciting to have people passionate about joining us to explore the craft beer scene in our city and I still feel that way about each tour we do. We added the Grandview Tour shortly after then shifted it to Saturday afternoons in January. It too is selling out nearly every week. It has been very humbling to see so much interest and support in what we do. In the winter we launched our Pitchers and Pizza tour which has proven popular as well. In addition to these three “core” tours we have also offered tours of Licking County Breweries and a Distillery and Spirits Tour. This fall, we launch our Brewery District Walking Tour where we mix history with beer, mead, tasty treats and either cocktails or wine. We ran a version of the tour twice this summer to rave reviews. The official launch date of the Brewery District Walking Tour is September 20th.

We could not have done this without you – our guests and fans. We have had one person that has done all of our regular public tours (five), another that has joined us for four, two that have joined us for three, several that have hopped along for two and one fella that did the Grandview Brewery Tour three times (in less than three months).

We also could not have done this without our site partners – we are fortunate to have great servers, brewers and owners we work with at all of our sites. Not only do they have a wealth of knowledge but great stories, insights and sometimes jokes to share with everyone. As the lead guide for Columbus Brew Adventures, I have visited some of our partners well over 50 times each and I still feel I learn something during every visit.

In addition to joining us on tours, thousands of people support us with word of mouth, great articles by writers and guest reviews. Our guests and fans have also been staunch supporters on social media helping us get the word out by tweeting, sharing and more. If you are not following us yet, we would love for you to join us on any or ideally every platform where we have a presence.

We look forward to another great year with new tours. We are also excited to explore all of the new breweries, distilleries, cider houses and craft beer destinations popping up all over town between now and 2015. As these open up, we will be sure you are aware of them and we will add more choices so you can enjoy and explore the growth of craft brewing and distilling with us.