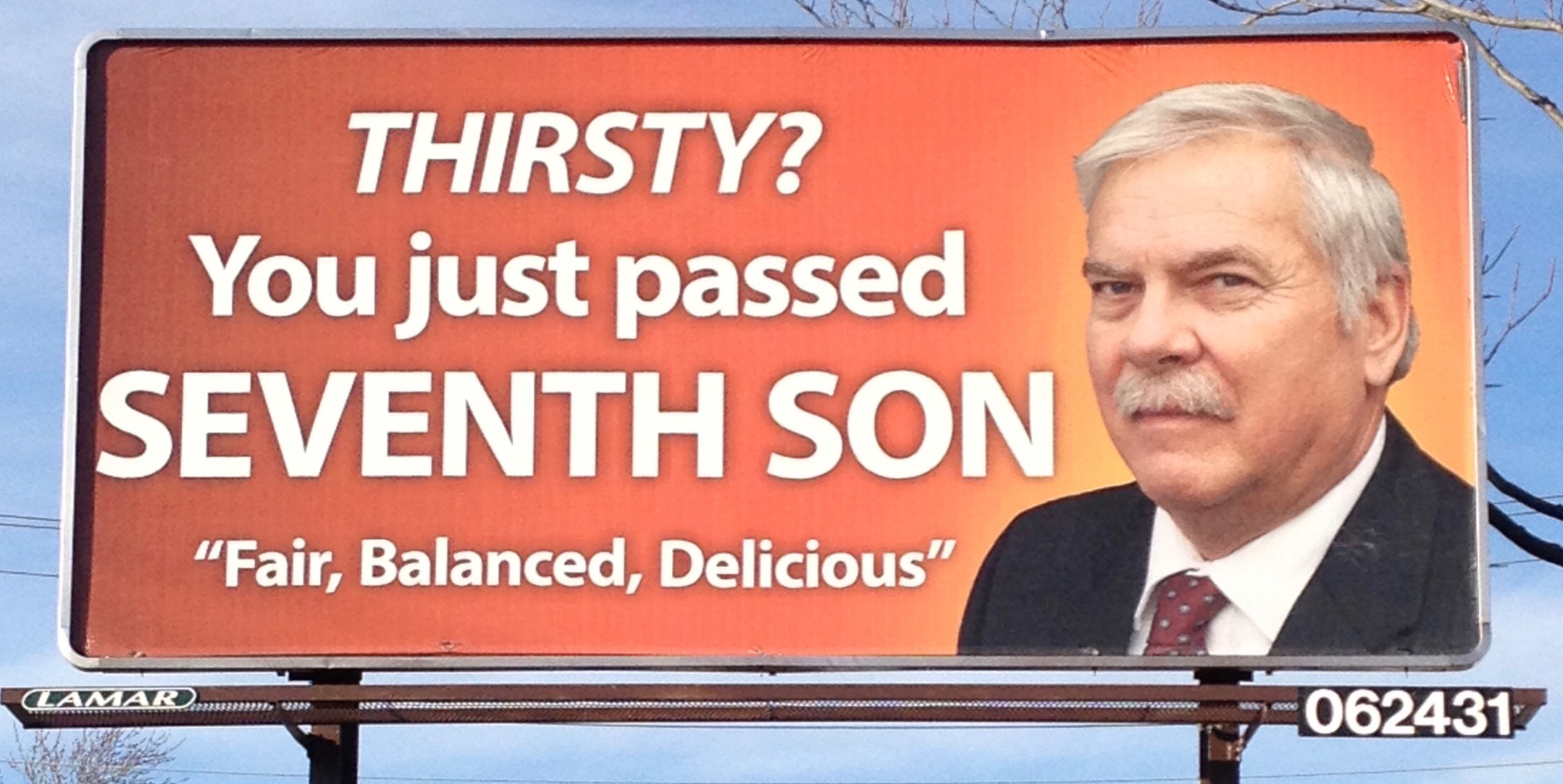 Seventh Son Brewing has some stealthy advertising that many are just starting to notice. As a brewery commonly featured on our Downtown Brewery Tour, we just had our first group of guests notice this billboard sign across the street from the brewery without pointing it out to them this week. The sign first appeared in November of 2016 (when everyone was trying not to pay attention to politics) and at quick glance looks like it might be a sign for a campaign for higher office. It may be for a higher purpose, the billboard lets people know they just passed Seventh Son. Another reason the billboard ad may have fallen off the radar of many is the previous sign showed a judge running for office.

The gentleman in the Seventh Son ad is head brewer Colin Vent’s dad, Jim. He dressed up for the photo shoot. Seventh Son has the sign rented through fall of 2017 and indicates we may see some more ads over the course of the year. So next time you are driving on Fourth Street, take a look at the sign but turn into Seventh Son before you pass it. Even better go behind the scenes at Seventh Son with us on our Downtown Tour.